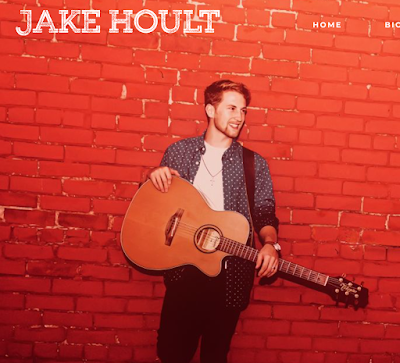 Jake Hoult, a local favorite, will be performing at the Amphitheater this Saturday, July 11, at 7:00 p.m.


Jake Hoult is a Country Singer/Songwriter, born and raised in central Illinois. After taking several trips with his grandparents to Branson, Missouri, Jake fell in love with music. Jake began his musical journey at the age of four performing at local talent shows, churches, and small events. Today, at 23 years old, Jake has had the pleasure of performing in front of audiences across the U.S. including venues in Branson, Missouri, Pigeon Forge, Tennessee and Nashville, Tennessee. Jake has had the pleasure of sharing the bill with a number of artists from Classic Country hit maker, Ronnie McDowell to Contemporary Christian artist, Matthew West.
Jake is constantly working hard at his music career. In 2019 he graduated Greenville University with a Bachelors in Music Industry. Aside from his original music, Jake's high energy Country show includes a little Rock & Roll, and Pop as well. His biggest musical influences include: Elvis Presley, Garth Brooks, Brad Paisley, Jake Owen, Dierks Bentley and many more. Jake has grown in popularity among all ages in the last few years and always strives to put on a great show for his concert goers.
Performing alongside Jake, playing the fiddle and singing lead vocals is Jake's wife Mikayla Joy. Mikayla, like Jake, is an up and coming artist with her own music as well. She is a huge part of the band and showcases her amazing talent with her songs and fiddle playing throughout the performance.