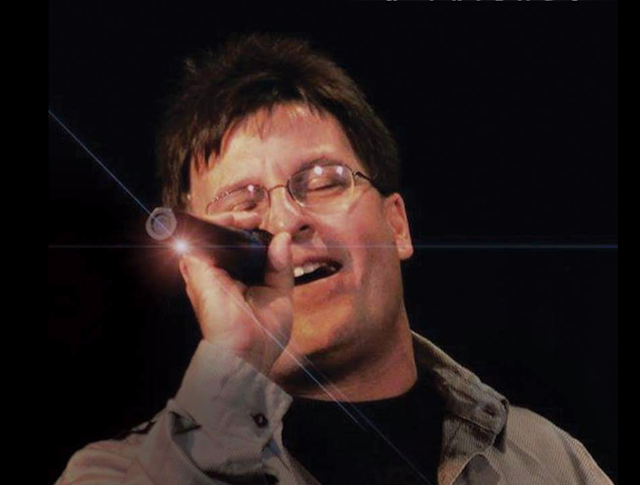 Andy grew up in Burlington, Iowa, singing in the high school choir. His talents led him to be lead singer in a number of groups. Unfortunately, due to his dependency on drugs and alcohol, his dream position never came to fruition. He spent time in many rehab centers and even spent time in a federal prison.  When he ended up in the hospital with an overdose the doctors said he would never sing again due to damage to his vocal cords. Andy credits God for saving his soul, mind and body.
Today he sings with only one vocal cord but has the ability to cover a five-octave range.  During his performance, Andy will be singing secular as well as Christian songs. In addition to using his talents to entertain, he intersperses his performances with the story of God’s grace in his life.  He performs at many different types of venues throughout the country, including school assemblies, concerts, fairs, churches, and fundraising concerts for the Children’s Miracle Network. His goal each day is to inspire others.  He continues to use music as his way to connect with his audiences.
Bring your lawn chairs and come be inspired while being entertained by a man with a big voice and a big heart!
Sadie’s Restaurant and the Elevate Praise committee will have food for purchase beginning at 6:00 p.m.